Why Diversity Is Needed in Security

By
Chari Monge
and

It is now common knowledge that diversity, equity, and inclusion are crucial for a company’s success. Companies refer to a culture and policies that revolve around these principles as “DEI”, a movement that has been on since the 1960s.

Here’s a definition of DEI, albeit oversimplified:

‍
Studies show that teams with both men and women outperform teams with less diversity. For the longest time, the impact of diversity used to be subject to debate. But data shows that it is no longer debatable.

Women in IT security

While debates around DEI have moved from “why” to “how” in many fields, IT security is an area where women have a hard time getting an equal playing field. Roughly 20% of developers are female, and that is just about half the overall female representation in the global workforce which hovers around 40%. But cybersecurity lags even further behind in diversity and female participation. The 2017 Women in Cybersecurity report shows us that only 11% of information security professionals are women.

The information security scene needs diversity not only from a social justice standpoint but also as an effective weapon, according to James Hadley, Founder and CEO Immersive Labs on TechCrunch. “This provides an edge. In cybersecurity, where success often relies on doing the unexpected, diversity of thought is a valuable weapon.” says James. He brings up an overlooked aspect of diversity in security: diverse teams are better equipped to counter diverse attacks.

March is Women’s History Month, a good time to see how far women have come in cybersecurity. Many notable women have played a crucial role in the history of security.

Here are  just a few of the stellar examples:

…. not to mention Ada Lovelace (“the first programmer”), Grace Hopper (who created “the first compiler”), Margaret Hamilton (who took us to the moon), Elizabeth “Jake” Feinler (who organized the Internet), and countless others.

In cybersecurity we have a few powerful women influencers today:

And there are many more women playing critical roles in information security across the world.

Challenges for DEI in IT security

Yet, in spite of such women and their proven contributions, IT security remains a male-dominated field even within tech. Cyber Security Online sheds light on some of the barriers and challenges to gender diversity becoming a reality in this space. Some of the highlights:

Companies can take active measures to counter these challenges through mentorship, support, hiring policies, and eliminating pay gaps. For example, many companies now sponsor scholarships and run programs  focused on women and minorities.

There is still a long way to go in bridging gender and other DEI gaps in cybersecurity. Education, policy, and programs for women are key weapons for bridging these gaps, along with mentoring, support, and policy reform by leaders.

The Purple Book Community (PBC) equips people to embrace best practices around cybersecurity. And changing the future for women in security is one of PBC’s key focus areas as we go about helping companies and individuals deal with the evolving challenges of staying secure in a complex digital world. 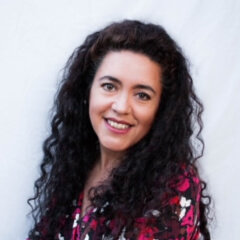